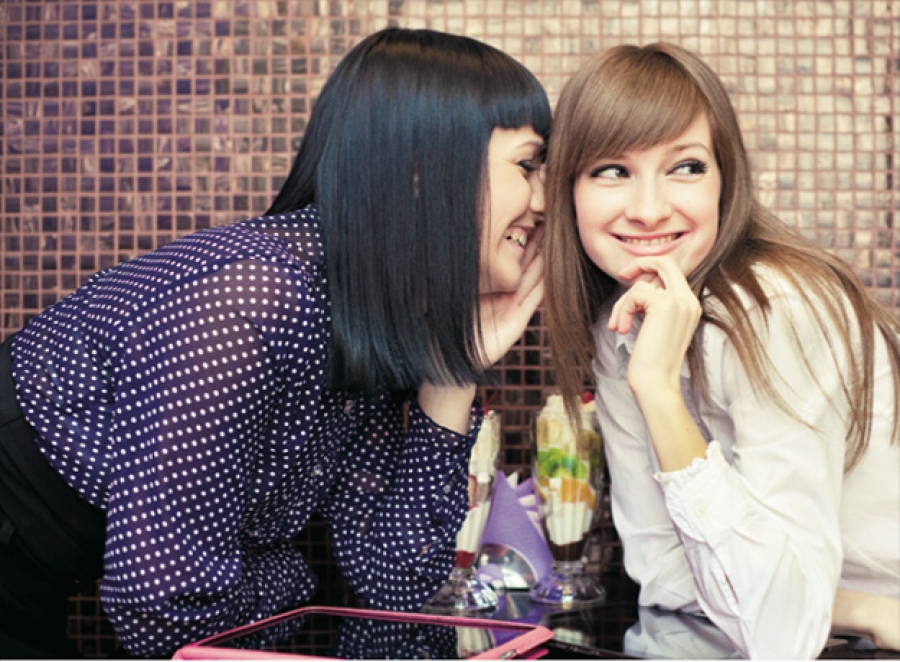 WHEN IT COMES TO DATING, women sometimes go about it the wrong way. We can give too much too soon, listen to crazy advice – and, as we age, we tend to get a little desperate. “If you want fail-proof tips on men and what to do when you’re single, turn to the Bible,” says empowerment coach and best-selling author Michelle McKinney Hammond. “I share God’s principles, because they work 100 percent of the time. Being single shouldn’t make you lose your mind. If you’re unhappy single, you’ll be unhappy married.” Our editorial team asked Michelle to steer single readers in the right direction. With over 35 books that have sold more than 2 million copies worldwide, it was no surprise that she shared some really good stuff.

Michelle on GETTING OLDER:
It’s not over. You’re not dead. My aunt got married for the first time at age 63, and has been married for over twenty- something years. God is able to redeem the years that we think we’ve lost.

Michelle on UNREALISTIC EXPECTATIONS:
There are standards and there are expectations. And women can have a lot of unrealistic expectations. However, love comes in surprising packages. Most of the married people I have studied say the same thing: “This is not the person I expected to be with.” Women look for the perfect package to come into their lives, but that’s not how God works. We have to stop waiting for the perfect man. No human being is going to fill all the empty gaps in our lives. The Bible states that married women are designed to help their husbands – which suggests that, when you meet your husband, he’ll need help in certain areas. A lot of the times, women walk away from men who could be amazing husbands, simply because they’re not the finished product. It’s important to hold on to standards, not unrealistic expectations.

Michelle on REQUIREMENTS:
Look for a man who is godly, who has integrity, who is honest, who is hard working, and who has a vision that fits with your vision. Those are requirements. A man and woman can’t walk together through life unless they agree on these standards. But we confuse “add-ons” for requirements. A man’s car, suit, and house are not requirements – at least, they shouldn’t be. Someone can be rich today, and poor tomorrow. What’s most important is that a man has a genuine relationship with God. If you’re a Christian woman, you need to marry a Christian man. That’s an absolute, non-negotiable requirement. Women will never be able to keep a man faithful. That’s something that he’ll do because of his commitment to God. It’s not a woman’s job to mold and shape a man. That’s God’s job. So, a woman should never marry a man who doesn’t know and submit to God.

Michelle on SPIRITUAL MATURITY:
Men relate to Christ differently than women. Unless they’re a pastor or bishop, men are less likely to be bold and over- the-top about their relationship with God. Thus, women should gauge a man’s commitment to Christ, rather than prematurely judge his outward appearance. Just because he doesn’t pray, worship, and serve the same way you do, doesn’t mean he’s not committed to God. Don’t be so quick to eliminate someone because they do things differently.

Michelle on DATING:
People need to be friends first. Every now and then, it’s voilà! – love at first sight. But that doesn’t happen often. For most of us, the first step in a relationship should be friendship. Dating is not for mating. It‘s for collecting data. The process provides information, so we’ll know if a person is qualified (based on concrete standards, rather than unrealistic expectations) to be a life-partner. During the dating stage, a lot of questions should be asked about intentions, beliefs, short-term goals, and long-term goals. Disappointment sets-in when these sorts of questions aren’t asked. Very early in the game, you need to know if you’re on the same page with the person you’re dating.

Michelle on OPTIONS:
The bottom line is that most singles have already been presented with options. For one reason or another, they chose not to get married. They could have married someone; they just didn’t want to marry that person. So, we have to be really honest with ourselves. We can’t blame God for not giving us options, because most of us have had options along the way. I could have been married 10 times. Really! But I chose not to.

Michelle on DESTINY:
Being sensitive to the Spirit of God is a must. Marriage is a destiny call. The wrong spouse can limit your life, and the right one can accelerate it. So, single people shouldn’t desperately rush into marriage. Marrying out of desperation, marrying because you’re lonely, and marrying because you’re getting older aren’t reasons to get married. God will sometimes keep a person single for a season. He could be developing or using them in a special way. Therefore, single people should consider their life’s purpose when making decisions about marriage. Those decisions shouldn’t be based solely on feelings.

Michelle on EXPERIENCE:
Experience isn’t the best teacher. It’s better to learn through the Word of God. The Bible gives plenty of information on what to do (and not to do!). It tells us what type of person to marry, and what type of person to avoid. And it tells us not to be fearful or anxious about anything – and “anything” includes getting married. We can either learn through God’s Word, or we can learn the hard way.

Michelle on TRUSTING GOD:
One of the best things we can do – on a daily basis – is give our needs and desires to God. And when we surrender the desire to be married, God determines when (and if) it happens. This is about trusting God and believing in His timing. God promises to satisfy our needs – and when He doesn’t give us our desires, He sends us His peace.

More in this category: Single in Ministry »
back to top