God Will Never Leave Us Nor Forsake Us
by JOLINA PETERSHEIM 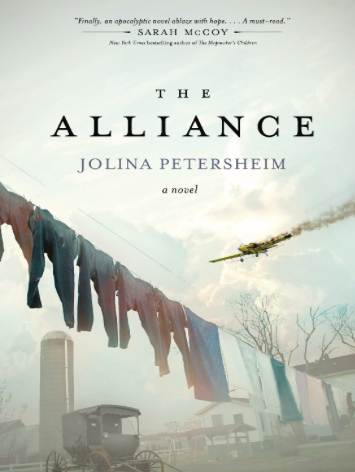 Three days after his emergency brain surgery, I brought my husband home. A few hours later, the two of us lay side-by-side in the guest bed downstairs. Constellations of glow-in-the-dark stars were tacked to the ceiling by the previous owner. We’d lived on our farm for eight weeks.

He asked, “What would’ve you done? We’re not even settled. Everything’s still a mess.”

“I’m stronger than I look,” I said, wiping tears.

But the night before his surgery, I had knelt on the floor next to his hospital bed and thought through everything—as if preparing for the worst would prevent the worst from happening.

I decided, if he died in the operating room, that I would remain on our farm in Wisconsin with our daughters, who were two and a half and four months old. I would become a pioneer woman: learn how to cut wood with a single split and build a fire in our tiny stove. I would plant a garden in summer, hunt venison in the fall, and in the winter, cut holes in the lakes and fish.

None of this was realistic.

But being realistic was not the point. The point was to try to imagine a life without my husband and not be afraid. And yet I was terrified. How would I protect and provide for our girls without him?

I was working on the second draft of my third novel, The Alliance, before my husband’s surgery. Afterward, this novel—concerning a Mennonite community’s struggle to survive when an electromagnetic pulse causes society to break down—morphed into a crucial exploration of the balance between being proactive in the protection of our families, and yet trusting God to protect.

This was—and is—one of the hardest topics I’ve had to explore as a parent, especially considering I am raising my daughters in such an increasingly dark world. But I have found peace, by focusing on the truth that God will never leave us nor forsake us.

This remains true regardless of whether God delivers us from the metaphorical fiery furnace or permits us to withstand the heat of the flames. For as Christians we can know that, through His strength and His strength alone, we will truly be able to stand. 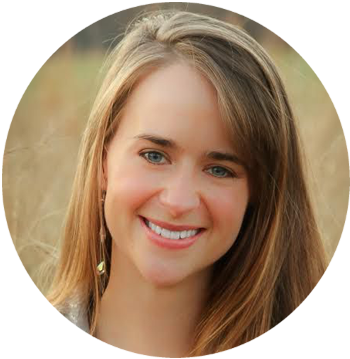 Jolina Petersheim is the bestselling author of The Outcast, which Library Journal called "outstanding ... fresh and inspirational" in a starred review and named one of the best books of 2013.
That book also became an ECPA, CBA, and Amazon bestseller and was featured in Huffington Post's Fall Picks, USA Today, Publishers Weekly, and the Tennessean. CBA Retailers + Resources called her second book, The Midwife, "an excellent read [that] will be hard to put down," and Romantic Times declared, "Petersheim is an amazing new author." Jolina's nonfiction writing has been featured in Reader's Digest, Writer's Digest, and Today's Christian Woman.

She and her husband share the same unique Amish and Mennonite heritage that originated in Lancaster County, Pennsylvania, but they recently relocated from the mountains of Tennessee to the Driftless Region of Wisconsin, where they live with their two young daughters.

Jolina blogs regularly at www.jolinapetersheim.com and with other bestselling authors at www.southernbelleviewdaily.com. Her novel, The Alliance (Tyndale) is available now wherever books are sold.

More in this category: « Chris & Lauren Tomlin Melissa Joan Hart »
back to top