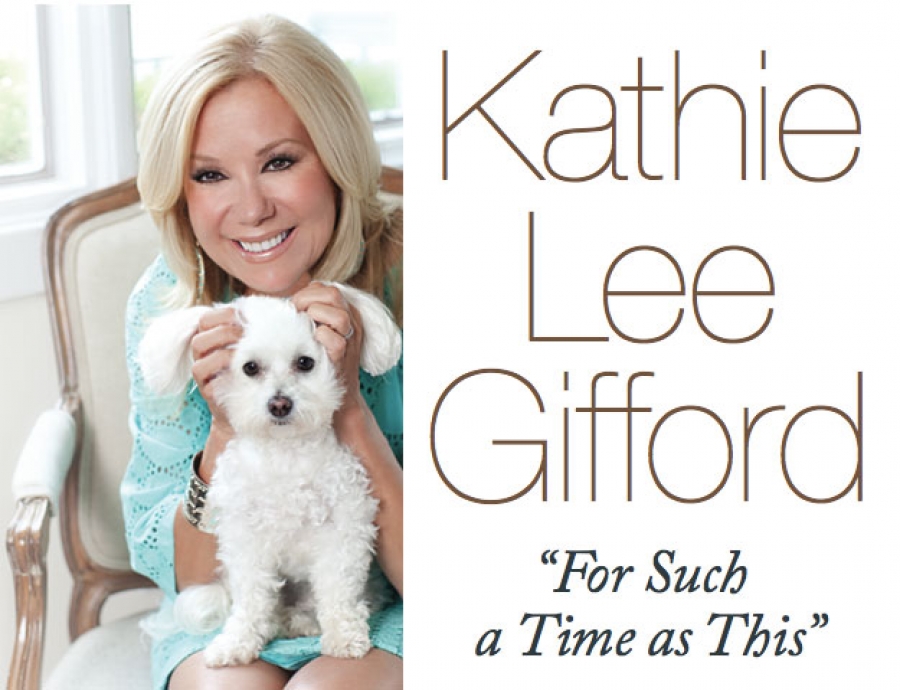 If you’re stuck in tradition and hooked on religion, you won’t like Kathie Lee Gifford. And to be candid, she probably won’t like you either. This woman of faith is far from conventional. She’s more likely to offer you a glass of wine with a shot of heart-felt encouragement, than invite you to Wednesday night’s Bible study. But before you judge Kathie Lee (trust me, you won’t be the first), you should hear the message that God has given her – for such a time as this. 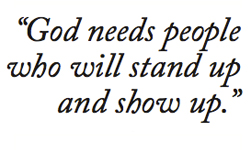 When I traveled to Kathie Lee’s Connecticut home, I didn’t know what to expect. I knew that the former 15-year co- host of Live! with Regis and Kathie Lee was recognized for her larger-than-life personality. She had earned her stripes in the world of television – with over 40 years in the field, 14 Daytime Emmy Award nominations, and 3 Daytime Emmy Awards as part of the Today show team. Kathie Lee’s résumé pictured a creative architect who wore many hats (and donned them well): playwright, lyricist, producer, singer, actress, author, and philanthropist. But after mulling over our sit-down chat, I’ve come to realize that Kathie Lee’s most impactful titles are not indicated on her résumé: She is a teacher – and, dare I say, a minister – whose classroom (and pulpit) is the stage. Her message to the world is about the redeeming, unconditional love of Jesus Christ. And she charges Christians to exchange phoniness for holiness – while teaching that righteousness is deeply rooted in genuine love. I’ll admit, sometimes Kathie Lee’s message comes sandwiched between offbeat humor and a few “Did she really say that?!?” remarks. However, her message is powerful.

Her Toughest Lesson
On November 15, 2012, Kathie Lee began to teach her toughest lesson when her musical, Scandalous, debuted on Broadway. It took her 40 years of study, 12 years of writing the book and lyrics, and a risky leap of faith. But she did it anyway – dragging along anyone who would listen, believe, and stomach the message God had given her. Scandalous illustrated the sensational life of Pentecostal evangelist Aimee Semple McPherson. A 1920s media superstar, McPherson’s ministry was laced with miracles and scandals. “Aimee was the most fascinating, most complex, most fearless woman,” Kathie Lee says. “She wasn’t afraid to bring the gospel into dark and dirty places. Her ministry touched hookers and drunks. She dared to bring God’s redemptive love into places where other preachers refused to go – brothels, bars, wrestling rings, and movie houses. In the 1920s, women couldn’t even vote, and they were supposed to stay in their place – at home. It was unheard of! This was a trailblazing woman preacher who God used to draw crowds of over 30,000 people. At her services, thousands were healed – the crippled, the deaf, the blind, and the sick. Aimee shook the status quo, refused to be boxed in, and did whatever it took to touch people with her sermons,” Kathie Lee continues.

PREV PAGE 1/3 NEXT PAGE »
More in this category: « Amy Grant Patti LaBelle »
back to top