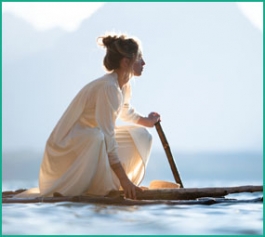 Finding the courage to speak up when our message is unpopular can be frightening. People might reject us, enemies will attack us — and at times, we'll have to stand alone. But in the words of the Chinese proverb, great leaders recognize that "a person who follows the crowd, will never be followed by the crowd."

Like many of us, Apostle Paul had to face the fear of speaking up, because his message was controversial. However, the Lord spoke to him in a vision and said: "Don't let anyone intimidate or silence you. No matter what happens, I'm with you and no one is going to be able to hurt you" (Acts 18:9, The Message Bible).

Have you found yourself reluctant to speak
up about controversial faith-based issues?

Have you become more inclined to be politically correct or biblically sound?

Mother Teresa knew what it felt like to be booed and threatened because she was willing to say what was unpopular. During a 1989 interview, Time magazine asked her, "When you spoke at Harvard University a few years ago ... people booed. What did you think when they booed you?" Mother Teresa responded: "I offered it to our Lord. It's all for Him. I let Him say what He wants. We must tell the truth."

Similar to Apostle Paul and Mother Teresa, we must not be afraid to speak up when it's the right thing to do. People will try to scare us, and fear will attempt to silence us — but remember, the Lord will be our courage under fire.

More in this category: « Beyond Your Limitations Don't Trust Them »
back to top